DURINGSeptember, many students move out or leave for good, meanwhile new students are coming, starting their life in Newcastle. Based on those needs, me, Komo and Milka decide to organize a garage sale. We collect and sell stuff such as: winter clothes, kitchen appliances, bedding, electronics, accessories, etc. That really helps for those who wanna save money and meet new people. Shop on and Get Socialise!
For the preparations, we arrange the concept which is designing a poster that feels British in same time presenting the Indonesian identity as well. Get an idea of using Second World War British Poster that’s commonly used as a decorative theme for range of other products.
Reference: http://ww2poster.wordpress.com/2009/10/page/2/ 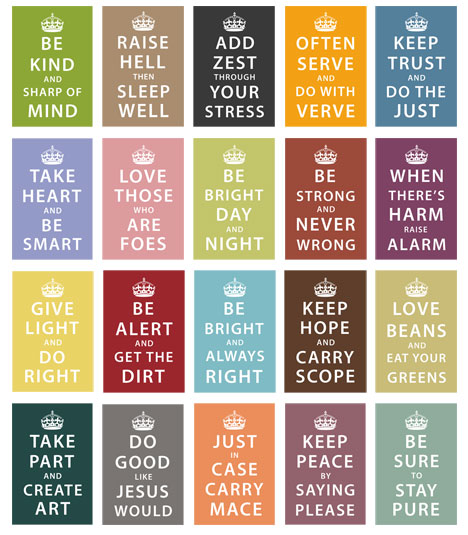 At the beginning, the poster was intended to strengthen the morale of British public during the war. Nowadays, it’s modified and used as a decorative theme. 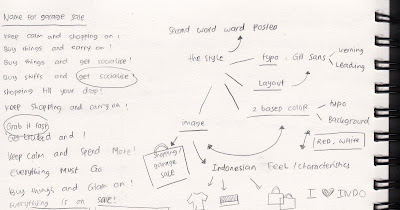 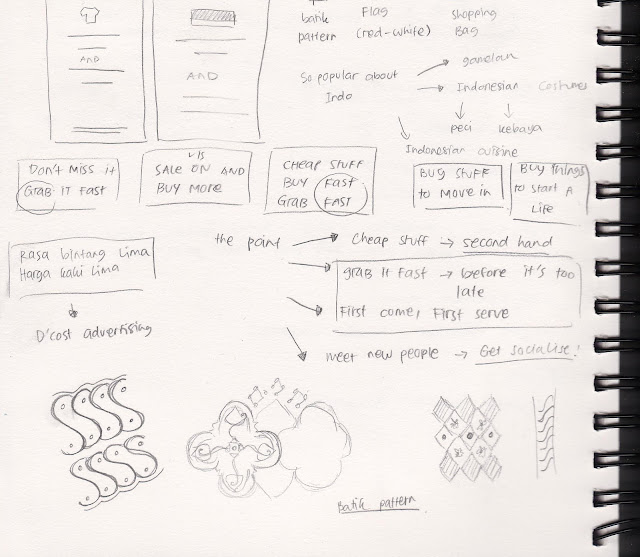 First step is browsing for the alternatives slogan.
Try to combine words becoming a catchy sentence. Slogan that encapsulate the message and personality that we want to put across. 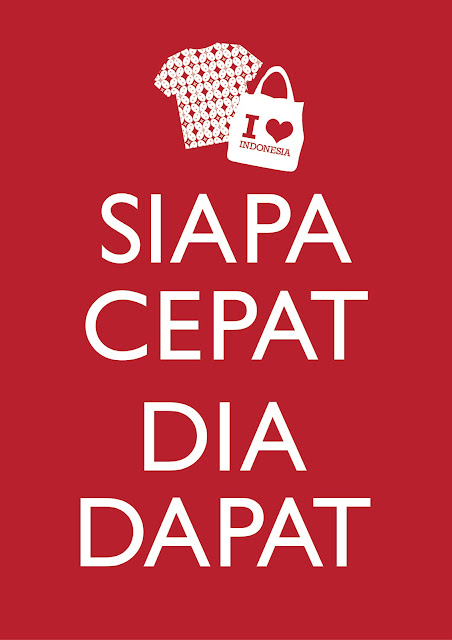 Here we go, the slogan for the poster,
‘First Come, First Serve’ (translation)